Personal branding is an important part of today's business world. This is especially true in e-commerce, where consumers expect to trust a familiar face.

It can be hard to sort through the many personal branding ideas on the web, so here are some good examples of brands that have worked well. Check out their websites to develop some ideas of your own!

Lisa Eldridge is a hugely respected makeup artist. Her "fresh and flawless" looks and makeup designs for both runway shows and photoshoots are loved by all.

Lisa has lived and worked all over the world, and she often collaborates with famous fashion photographers like Solve Sansbo and Hugo Conte. Her makeup designs have been featured in Vogue, Harper's Bazaar, and more.

Lisa has done makeup for a huge number of celebrities, including Kate Winslet, Keira Knightley, Lily Collins, Kate Moss, Emma Watson and Dua Lipa, and even collaborated with famous fashion houses like Gucci.

Known for her outspoken blog, Caroline Hirons has hundreds of thousands of Instagram and Twitter followers, and readers so dedicated that they will stop her on the street for a skin diagnosis.

Caroline is a globally qualified, cutting-edge beautician who has worked in skincare for over 30 years. She started from scratch and worked her way up to consulting with brands like Pixi, Kate Somerville, and others.

She even launched a collaboration with Pixi, called Double Cleanse, which was a bestseller.

Caroline also founded Give and Makeup, a nonprofit created to provide basic necessities for women and children affected by domestic violence. She has also been an ambassador of The Eve Appeal, helping to raise awareness of gynecological cancers.

Darren Rowse currently lives in Melbourne, Australia. He is a family man who started writing to combine creativity, community and communication. Though blogging started as a hobby, Darren soon became a professional blogger.

After blogging for some time, he decided to see if he could make money by writing articles and began researching the topic. But he realized there wasn't enough information on how to make a living by blogging, and started his own online community to solve this issue.

He founded ProBlogger to provide information, helpful resources, and job listings for bloggers and freelancers. Today, ProBlogger is at the top of the list of reputable professional blogging sites and it looks like we all have a lot to learn from Darren Rowse.

In late 2009, entrepreneur Chris Ducker suffered a terrible burnout after working over 84 hours per week. In 2010, he set a one-year goal of becoming a virtual CEO. Ducker started a blog to chart his path.

By the end of November 2010, Chris met his goal. He launched another business, Virtual Staff Finder just by listening to his online audience.

Chris Ducker currently works an average of 6 hours a day (and not on Fridays), and he finally gets to spend time with his family.

David Airey launched two of design blogs in 2008 and 2010: Logo Design Love and Identity Designed. He then signed deals to write corresponding books, and the blogs and books get millions of views each year. The books have even been translated into other languages and are recommended at college design programs worldwide.

David is a logo designer who runs an independent branding studio in Northern Ireland. He uses design to help his clients grow their businesses.

He does lots of work at [College Info Geek], a site he created to share his experiments to improve student performance.

Much of his work today is done at [College Info Geek], a site Thomas created in 2010 to share his attempts to become a more productive student.

Today, College Info Geek is one of the most popular student resources and has grown to include a blog, podcast, and YouTube channel.

Thomas has also written a book, 10 Steps to Earning Awesome Grades, to help students study for less time but still get good grades. And this year, he launched an online course about building strong habits. According to Thomas, "This course will help you to narrow down your goals...break the ones you’re focusing on down into actionable habits, and stick to those habits by combining self-discipline with smart external tools and systems."

Matt D'Avella is best known for his YouTube channel, which has nearly 3 million subscribers, where he documents his life as a minimalist, filmmaker and personal development enthusiast.

Want to learn how he got to this point?

He started with loads of student debt. But where most people would get a normal job to pay off teh debt, he worked hard at freelance filmmaking and built a six-figure business. He even made a documentary that Netflix bought. Then he used the money from the Netflix deal to start creating podcasts and YouTube videos. What a story!

Penny Pincher Fashion, according to its website, was founded in 2011 with the belief that great style should be accessible to everyone, no matter their budget.

Penny, a wife, mom of two, and blogger, tries to keep the value of all items presented on the site under $100, and if she includes something more expensive, she will explain why it's a good investment.

She enjoys writing about style, fashion finds, and even hair and beauty tips.

Sara Crampton is an expert Australian blogger who launched her Harper and Harley blog in 2008 and now has over a decade of experience in the field. She's an expert at gaining followers and customers.

Sara's niche is minimalism and the "less is more" lifestyle. She has starred the reality show Fashion Bloggers and worked **with brands like Estée Lauder, Jaguar, Loreal, and more.

In 2016, Sarah launched The UNDONE, an online store for minimalists.

Over her years of personal training, Kayla Itsines has supported millions of women during their wellness and fitness journeys. She is one of the most influential trainers in the world and strives to help women become more fit, confident, and happy.

She has published Bikini Body Guides and books, to help women make healthy, permanent lifestyle changes. And her programs cater to all women by being flexible—they can be used at home or in the gym.

Kevin Curry had an "ah-ha" moment about his health when he saw a photo of himself on a friend's Facebook page. He was overweight and says his initial reaction to the photo "was a mixture of denial; surprise and quite truthfully, a little shame for letting myself go as much as I had."

He started exercising to make up for his poor diet, and also started studying nutrition and cooking. Now he blogs about tasty, healthy, affordable meals as well as workout tips.

Sven Rafael Schneider is the Founder and Resident Representative of Arbiter Elegantiarium. He has a passion for classic style and has shared that passion with Gentleman's Gazette readers for a decade via articles, videos, and social media posts.

Sven first became obsessed with classic fashion when he was 14 years old. Over the years he has grown his wardrobe and his knowledge of 20th-century fashion and what it means to be a gentleman.

His obsession began at the age of 14, and since then he has amassed an ever-expanding classic wardrobe, a sizable collection of 20th century fashion pieces, and a keen understanding of what it means to be a gentleman these days.

He also develops products for Fort Belvedere and has hobbies like cooking and photography.

John E. DiScala, aka Johny Jet, visits over 20 countries a year so he can give his readers knowledge of reward travel, credit card deals, and travel tips. He has visited almost 100 countries total and has flown more than 100,000 miles per year since launching his newsletter 25 years ago.

He and his website, JohnnyJet.com, have been featured thousands of times in major publications, including USA Today and The Los Angeles Times. Forbes has even named him one of the Top 10 Travelers.

Growing up, Nomadic Matt didn't travel frequently. He didn't even go abroad until he was 23. That trip was to Costa Rica, and defined the course of his life.

He says, "The experience changed my life. It opened me up to all the possibilities the world had to offer. There, I experienced another culture, wildlife I had only read about in books, new foods, got lost in a jungle, saw conservation projects in action, and met people from around the world."

The following year, he traveled to Thailand, where five backpackers showed him that travel didn't necessitate being rich and that he didn't have to be tied down to a normal job. So he quit his job and has been traveling ever since.

His goal is to help others realize their travel dreams. 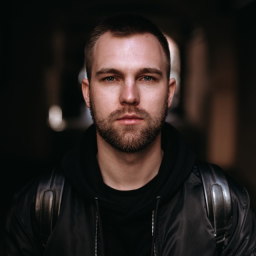 Vlad made over $100,000 in less than a year thanks to his blog—and this is just the beginning of his journey. He is an online entrepreneur and SEO and affiliate marketing expert. Now Vlad focuses on teaching others—his personal experience will help thousands of new bloggers learn how to create websites and improve their lives.